After users requested a new icon for over 5 years, I persuaded main developer ByteHamster that the release of version 2.0.0 is a good time to rework the icon. We therefore developed and published a design brief with requirements for the new icon. You can find the design brief below.

AntennaPod is a podcast manager and player for Android. Contrary to many of its competitors, it is open source (MIT License), developed and translated by volunteers, gratis and ad-free. It allows users to discover new podcasts, download, stream and manage episodes, and launch playback with personal settings and on a range of different devices. It is translated in 17 languages with more than 90% completion (and even 25 languages with over 60% completion). With over half a million downloads via Google Play, AntennaPod is installed on more than 150,000 actively used devices.

The app’s current main developer is currently working on AntennaPod version 2, an important update with lots of bug fixes and UI improvements. To honour this major step, we are looking for a new logo and app icon. The goal of the new design is to help give AntennaPod a modern and professional look, which is in line with the updated UI and speaks to the wider audience (beyond open source and privacy advocates).

The new work must: 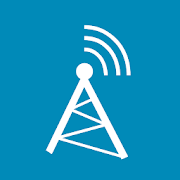 As you can see below, there’s both some variety and a bunch of same-ish icons. Our aim is to get something unique :-) 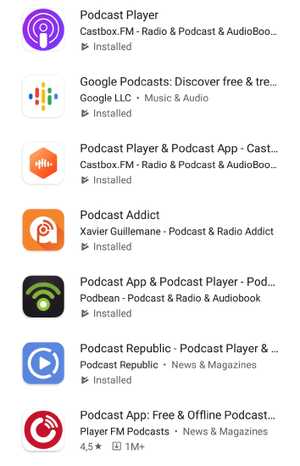 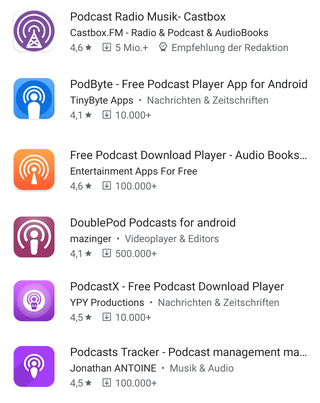 Designs are provided with an unlimited and unrevokable license to the AntennaPod project, allowing its use and future adaptations/iterations. The licensed product (the designs) will be used as the project’s (unregistered) trade mark(s) and used and embedded as such in the project’s products (website, app, etc). (cf Trademarks in Open Source)

Keunes (comms) and ByteHamster (lead developer) are responsible for guiding the process. Keunes will be the contact person for the designer(s).

The community will need to sign in with their Google account to be able to vote, in order to avoid malicious votes. Users without Google account are offered an alternative.

We’d love to hear from you by Wednesday 24 June if you’re interested to help out (or if you have any questions or comments). The deadline for the proposals will be Saturday 27 June. ByteHamster and Keunes will then select proposals & provide feedback by the following Wednesday. After, we’ll have two weeks for iterations (if any) and launching the poll in the Beta version of the app on Thursday 16 July. We then hope to be able to implement our new icon by the end of the month :)

As a project without official structure or own funds, proper compensation wont be possible. However, as to support open source designers, Keunes would like to offer € 25 to those selected in the first round, plus € 50 to the selected logo. Designers may also decline the offer, in which case their financial thank-you will be donated to the Open Source Design initiative.

Of course you’d be acknowledged by name on the site and in the app’s ‘About’ section.

Thank you for considering support to this open source app! Reply to the ad on opensourcedesign.net or get in touch at [email adress removed].